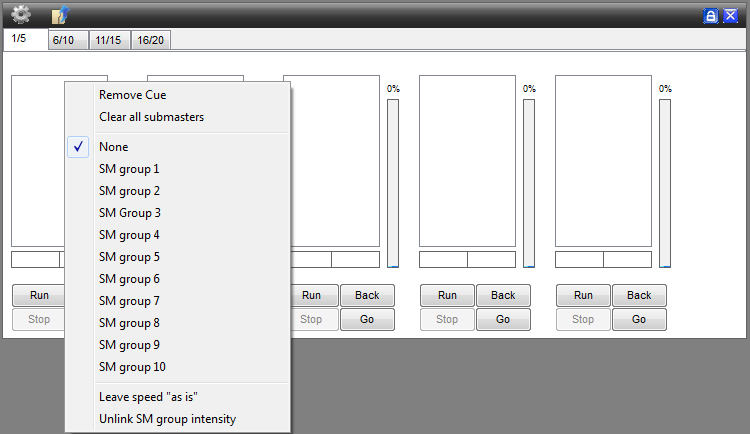 The “Cog” icon, here you can enable “Start/stop fader control” or add your “Cue”.

You can do this with all the submasters individual 1~20 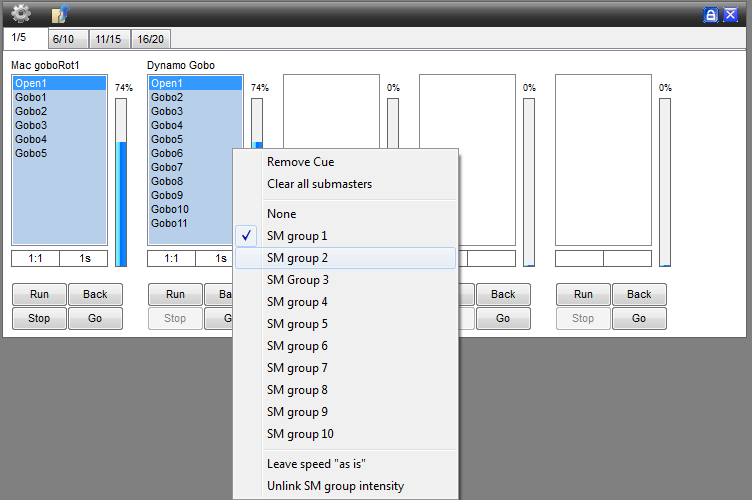 With the submaster groups you can link two or more submasters together.
so this means if you press Run on SM1 it will also run SM2, and it's also the same with Intense.1 and 2 if you drag them.
You can have a total of 10 sm groups if you wish or no groups at all.

KEEP IN MIND IT'S JUST AN EXAMPLE
HTP is always used for parcans. (Intensity/Dimmer channels)


But you also have LTP (Latest Takes Precedence) This is used by all the other channels, Except the intensity channel.
What does this mean?
This means that only one sequence will be played back from a fixture channel.
For example take the Pan/Tilt channels.
If SM 1 has a moving sequence (like a shape) and SM 2 has a static position,
both sequences will not run at the same time. Instead whichever sequence was
started latest will run.